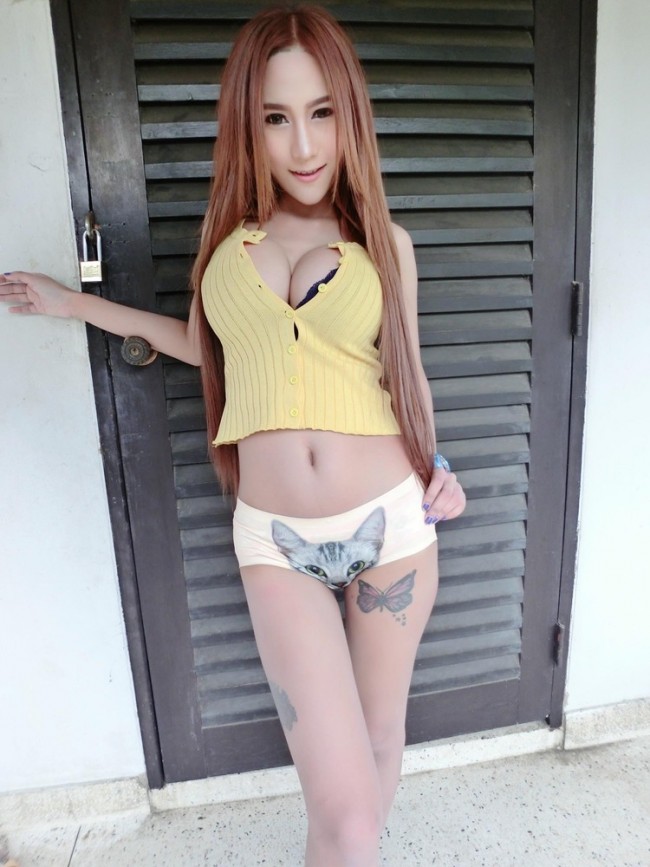 We have kind of covered the best places to meet ladyboys in Makati before on this site but wanted to dig a little deeper in this post. When writing about Manila ladyboys of course this area of town was a big part of it, and we decided it was actually such a big part that it needed its own post as well.

This is the main trans hot spot in the city and it also happens to be where most tourists reading this are likely to stay. That shouldn’t come as any surprise, Makati ladyboys are like most you will find in poorer countries and will flock to where the tourists and their bigger dollars can be found.

Does that mean that every ladyboy in Makati is a prostitute? You should never speak in absolutes and no, it isn’t a 100% thing, but the vast majority of them will be.

At least the shemales you meet out in public that is, they aren’t trolling the streets in the known red light areas or hanging out at one of the main prostitute bars in the city for no reason. Lets take a deeper dive on the ts prostitution angle in this post because it is so important for this area of the city.

After that we will tell you about a couple of dating sites that Filipina ladyboys love to use that you can find some more genuine relationships on. We should point out that these local trans bars are still open long term as of our last update. That doesn’t mean we guarantee they will be a good place to meet shemales near you today, we all know the current world situation will make that more difficult.

We want to start off by saying that we don’t really think our readers should be going with ts prostitutes. This country is absolutely loaded with sexy Filipina ladyboys who you do not need to pay for sex.

But the simple truth is that in the places many single male tourists visit the transsexuals they come across are going to be hookers. To help inform them on making better decisions we thought this was definitely an important topic to cover in depth.

There is even a local ladyboy bar in the red light district where you can pay a barfine and then also pay a fee to the ladyboy for them to join you at your hotel. They will be quite expensive, but if you don’t mind paying then that is where you can find some of the hottest Filipina ts hookers around. Or you can just watch the sexy ladyboy strippers perform on stage, they don’t get naked but some trans will be dancing topless at times.

Most guys just pick up Makati trans off the street in this area as they are much cheaper. The street shemales can also be a bit more dangerous to deal with, make sure to keep an eye on your drink any time you are alone with a stranger in foreign countries.

Many on the street will be offering a ladyboy sex massage instead of admitting they are prostitutes. That is common when it comes to Filipina hookers, they don’t like to admit they are hookers so will offer a massage or pretend they are hooking up with you for free and then ask to borrow money after.

Overall the ladyboy bar would be the safest way to pick up sexy ts girl in Makati, but it still isn’t advisable. Then down the road at the main hooker ball at the mall many ladyboy escorts will be waiting for wealthy guys in Manila to pick them up.

This prostitute bar is located in the courtyard of one of the nicest malls in the city and brings out many of the hottest prostitutes in town, female or trans. The last way to pay for sex with trans would be to use Makati ladyboy escort or massage services which you can find on various dating apps or with a simple Google search.

We hit on this a bit already but Filipina ladyboy hookers have a different mindset than most. They don’t think of themselves as hookers and that can make it hard for you to know what the deal is.

Say a guy is just walking around the mall and sees what he thinks looks like a nice bar, and ends up chatting with a sexy Makati ts girl. She is flirting with him, he invites her to his hotel and off they go.

No mention of money ever went down, they hook up, and then before she leaves she stands by the door looking like she wants something. Then maybe she asks for money, or maybe she texts him later asking to borrow.

This is extremely common with hookers in this country. They like to treat it like a normal hook up, then hope the guy knows what they are hoping he gives them. Well, most tourists do not know about sites like this one so if they hook up with a Makati ladyboy from any of the red light areas they might not know what is really going on.

OK, if it is a shemale prostitute from the red light area they should be able to figure it out, but at the bar at the mall how are they supposed to know? This also happens on dating sites, many guys will meet sexy ts girls on PinaLove and hook up on the first night, then get asked for money later.

They had no clue that the ladyboy wanted to get paid, but clearly she did. This isn’t something that is easy to work around, but if you know the deal going in it will make things a lot easier on you.

So how does a guy find sexy Makati ladyboys for dating and not for prostitution reasons. The first thing should be pretty obvious, don’t pick up trans at the red light areas.

Use dating sites like PinaLove or MyLadyboyDate and chat with them for awhile. Try and build a relationship with them before you meet, and invite them out for a date.

If you invite them straight to your place and they come right over and hook up in the first 10 minutes of meeting you there is a good chance they are low key prostitutes that expect to get paid. If you take your hot ladyboy out in Makati to a nice restaurant, wine and dine them, and then hook up then maybe not.

It might actually be easier to just go ahead and ask. Mention that some other ts girls you met online said they wanted to hook up and then asked for money before they came over, and did they also want to get paid.

This isn’t a fun thing to ask, but it can save you a lot of heart ache later on. You would think that you will always be able to tell if you are with a shemale hooker or not, but when it comes to Filipinas it is not always that easy.

Now you know more about the best places to meet ladyboys in Makati, hopefully you can find the right partner for you.