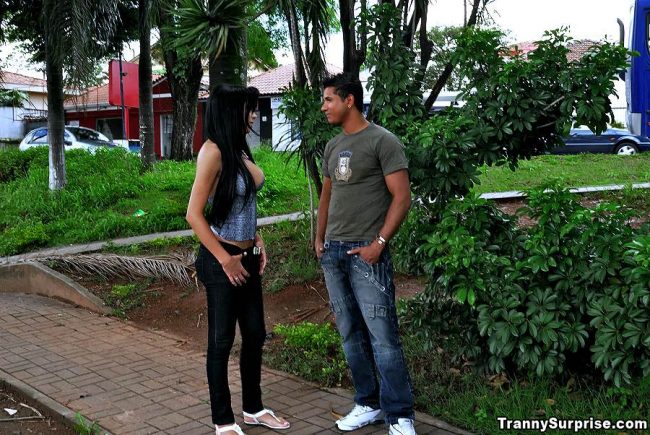 The best place to meet ladyboys in Sihanoukville is Occheuteal Beach, the main tourist and nightlife area of the city. This is a quite little beach town located in Cambodia that has become very popular with backpackers and retired gentlemen over the past 10 years.

The reason is pretty simple, it is one of the cheapest beach towns you will find anywhere. On top of that for the retired guys or younger guys who are taking an extended trip you the visa is so easy that you don’t even need to worry about it.

The great combination of cheap and easy living is a major draw to many. When they get here they realize that down at Occheuteal Beach you can find a little more ts nightlife then you might expect.

There are plenty of bars right there on the beach where backpackers, prostitutes, and plenty of Sihanoukville ladyboys party each night. Most of the trans near you will be Khmer which means Cambodian, occasionally you might even find the elusive Vietnamese ladyboy as well though that is rare.

We are not going to claim that this city has anywhere near as many ts girls as you will find in the major sexpat destinations you find in Thailand or around Southeast Asia. However, when you look at it from a number of ladyboys compared to the rest of the population you might just be surprised at what you find here.

Party With Ladyboys At The Beach 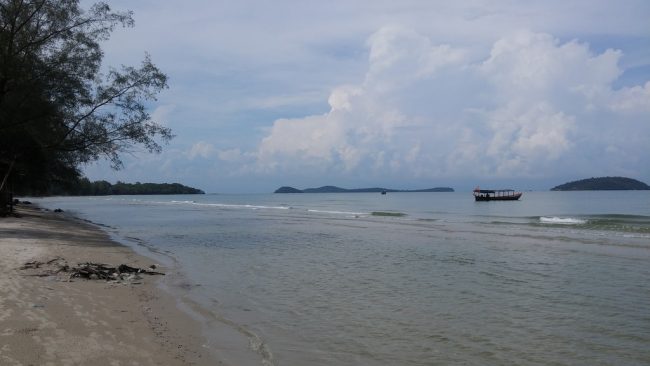 There are no trans bars, LGBT bars, gay bars or anything like that here. You won’t be watching live drag queen shows in Sihanoukville, ladyboys will be out and about in the nightlife just like anywhere else.

Head to the beach after dark and some shemales will start to trickle in. There are bars a few bars around which are popular with Sihanoukville ladyboys, but in reality you don’t need to even know the names.

Most of the nightlife in the city is right there next to each other. Within a few minutes you could walk past most of the bars that the sexy Khmer trans will frequent.

This city has some interesting nightlife, there are many laid back beer bars all around town. There are also some bars where you can pay a barfine to have the girls who work there join you for the evening, but we don’t know of any that employ ladyboys, same as in Phnom Penh.

For the most part if you want to pick up Sihanoukville ladyboys you will need to do it at the beach. We do need to point out that this city is changing fast with a huge influx of casinos coming in.

For the time being finding ladyboys near you is going to be a bit up in the air.

Cambodia is one of the poorest countries in Southeast Asia and that is really saying something. There are limited ways for people to make money and even if they do find a job they get paid little to nothing.

Many Khmer ladyboys turn to prostitution to pay the bills. It is already hard enough for anyone to find a job here, being a transgender may make it even harder. Don’t be surprised to see ladyboy massage in Sihanoukville, or just flat out prostitutes.

If you go and pick up a ladyboy at the beach you probably should expect her to want to get paid. Usually we would say that serious ts dating with a prostitute is a bad idea, but considering these Cambodian ts girls have almost no other opportunity it is hard to blame them for their circumstances.

At last check there was not a huge amount of trans in Cambodia using the site, but those numbers should be picking up. There are tens of thousands spread across Southeast Asia though, so you can chat with sexy trans in Cambodia, Thailand, the Philippines, Malaysia, or wherever you plan to head next.

This will be the easiest way for you to find a good and genuine trans who you could start a serious relationship with. Or hook up with a sexy ts girl off MyLadyboyDate without having to pick them up at the beach in front of a lot of people.

The best place to meet ladyboys in Sihanoukville is at the beach, they will not be hard to find whether you want ts dating or just some quick fun.