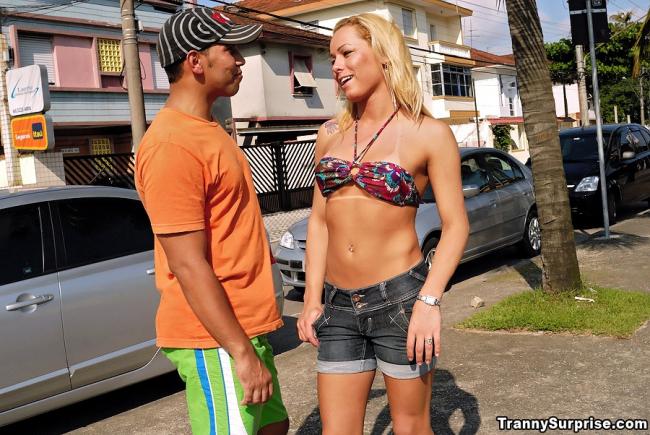 The best cities to meet transgenders in Europe are some of the most liberal and open minded towns around the continent. They also often happen to be the capital city of a country or the biggest city, with more people means more transsexuals around that you might run into.

We have a total of 10 cities here from 8 different countries and there is a wide variety of LGBT nightlife to choose from. If you are looking for a good transgender friendly city in Europe to visit then you can’t go wrong with any on this list.

But they are all different in their own way. Some are loaded with LGBT nightclubs where trans love to go out to party. There are a couple of others that are more geared towards trans prostitutes in their world famous red light districts.

Another may surprise some people, or at the least it surprised us. It is considered a fashion mecca but we had no idea it was one of the biggest ladyboy hot spots on the planet. Apparently it is, and particularly when they are holding one of their major fashion events.

After we take you through city by city we will then tell you about the best ts dating site in Europe that you can use to start chatting with hot ts girls near you or around the continent. Not all guys have the courage it takes to approach a hot ladyboy in a crowded bar, online dating can make it a lot easier.

We also would like to add that if you have any cities we should take a look at or specific LGBT friendly venues that are worth knowing about please mention them in the comments. No, we don’t mean transgender escorts, we will delete escorts that try to advertise here, sorry.

Most Trans In England Are In London

This shouldn’t come as any surprise, as we mentioned before many of these cities will either be the capital or the largest city in the country. For guys that want to meet transgenders in England London will offer the best LGBT nightlife in the country, though Manchester, Birmingham, and Liverpool are better than you might expect.

Some of the best trans friendly bars and clubs in town are:

They will often throw special ts events or put on drag shows. However if a ladyboy cabaret is what you are after then visit these three London drag bars:

We certainly wouldn’t call Dublin a trans hot spot but there are some places to go if you want to check it out.

Lots Of Nightlife In Berlin

Many countries have a city that is known to be more open minded, liberal, and some these days would even call it hipster. Well if you want to try and hook up with transgenders in Germany (for free) Berlin has the best LGBT nightlife in the country.

There are a wide variety of trans friendly bars around Berlin like:

Kit Kat Klub is one of the wildest parties on earth, the less clothes you are wearing the more likely you are to be let inside. With that said it isn’t really an LGBT bar so the shemales will be few and far between.

There are two cities on this list that are more about their red light districts, and you can have sex with shemales in Frankfurt in the red light district. The area with the transgender hookers is on the top floor of one of the giant whore houses you can find here.

You can also find drag shows at Night Queens, but if you want free sex with German transgenders then Berlin will be the better option. Or check out the great LGBT nightlife in Cologne.

Barcelona would probably have to be the best city to meet shemales in Spain, though on the right weekend Torremolinos can be poppin’. Not only do you find shemales from Spain and Europe here but you also can meet some sexy shemales from Latin America.

There is a rather large trans dating scene at LGBT bars and clubs such as:

You can find more Latina shemales in Madrid partying at the LGBT nightlife district Plaza Chueca. Make this your home base and you will give yourself the best chance of hooking up with a hot trans.

A couple of good drag shows in Madrid with shemale cabaret performances are LL Show Bar and Berlin Caberet. 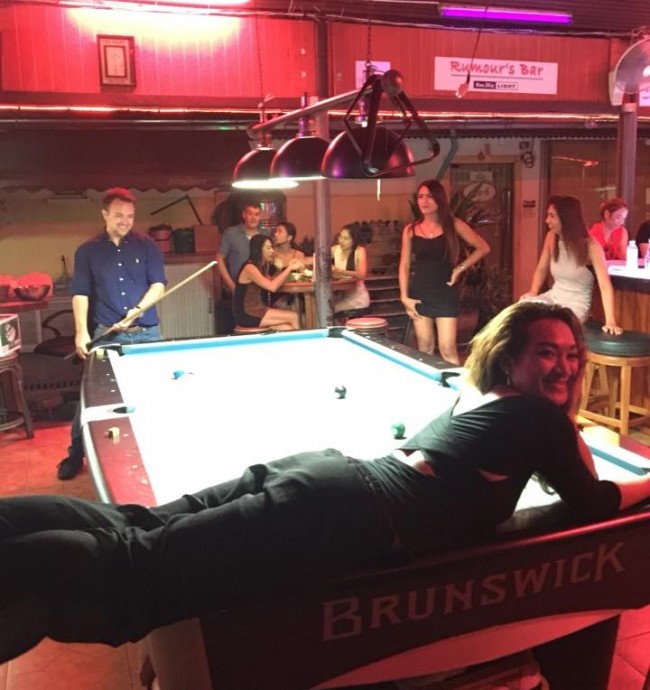 Copenhagen’s Rainbow Square is one of the biggest LGBT nightlife district’s in Europe. Here and on Studiestræde Street you will find some great trans friendly bars like:

If you are looking for ladyboys from Thailand in Europe then the Danish capital is also worth visiting. All around the red light district you can find Thai ladyboy prostitutes, particularly at sex clubs..

The Netherlands may not be a tranny hot spot overall, but Amsterdam certainly is. You can find transgenders from all over the world in the ‘blue light district’ here. If you aren’t aware the female prostitutes put red lights by their doors, the trans prostitutes use blue lights.

If you wanted to meet trans in Amsterdam that aren’t hookers then there are a few LGBT bars like:

For more Dutch ts girls you could also try Rotterdam, though the scene is much smaller there.

We knew this city was known for its fashion, we just didn’t know cross dressers in Milan were so popular. There is a thriving LGBT nightlife scene here in the Porta Venezia District with bars and nightclubs such as:

Ladyboys from across the globe flock to Italy during the major fashion events in Milan. It does need to be pointed out that many are transgender escorts that you need to pay for sex, but there is better LGBT nightlife here than Rome so we gave Milan the nod.

Paris can give Milan a run for its money when it comes to fashion, but what about transgenders? Actually a lot of the trans nightlife here is underground, but you can still find some shemale friendly bars and clubs like:

Club Rouge and Escualita are both located in the Pigalle red light district. Escualita puts on trans parties every Sunday night which are always a big hit.

Our last city, if you want to meet Portugal ts girls then head to Lisbon. You can find a lot of LGBT nightlife here in bars and nightclubs like:

That wraps up our cities, some may be wondering why a country as big as Russia didn’t have any qualifiers. Unfortunately that country isn’t very LGBT friendly at the moment. The same goes for its neighbor, be very careful if you try to hook up with trans in the Ukraine as well.

By the way is Turkey in Europe? We aren’t really sure what continent this country is in technically but you can find some hot TS girls in Istanbul.

We also didn’t list Helsinki here, but that is because so much of the LGBT nightlife is just intertwined with all the rest that there aren’t really great destination points.

If you want to use the biggest and best transgender dating site in Europe then check out MyLadyboyDate. It is the largest ts dating network in the world and is growing in popularity in Europe at a rapid rate.

We just listed a bunch of LGBT friendly bars, drag shows, and other places to meet ladyboys around the continent. But for many guys that information is totally useless. Not everyone wants to go try and chat up a ts girl in a crowded bar with lots of people around looking at them.

Even though people are more liberal and less judgmental these days there are still plenty of bigots out there. Plus with everyone snapping pictures or putting up Instagram stories you never know who might see you out chatting up a cross dresser.

Some guys may not care, but many still do. On top of the discretion that meeting transgenders online brings it is also so much quicker and easier. Even at the top LGBT clubs you are only likely to find a few ladyboys on a given night and who even knows if they will be single.

But if you sign up for MyLadyboyDate you can contact any of the thousands of trans in Europe on the site in a very short amount of time. You can make more contacts in one hour then you could in months of sitting around gay bars hopping a sexy ladyboy comes in.

When it comes to speed, efficiency, and discretion online dating wins hands down. Now you know the best cities to meet transgenders in Europe, be sure to comment if you have any other spots we need to put on the list.